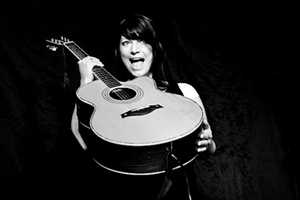 Edwina Hayes is a singer/songwriter who has been a regular performer on both the London and Nashville Acoustic scene since 1999.

Born in Dublin, Edwina grew up in Preston, Lancashire and her beautifully crafted songs and mesmerising stage presence have led her to some of the UK’s finest stages including The Royal Albert Hall in London and The Usher Hall, Edinburgh.